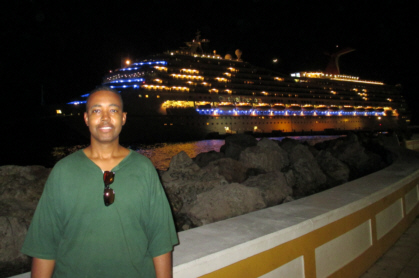 Traci and I love cruising. For us, a cruise ship is like a floating hotel with plenty of entertainment and all-inclusive meals. Most of all, we love waking up in a different country each day. Over the years, we have learned that we prefer the theme/special interest cruises because we can always count on the entertainment to be geared towards our interests. This time we did the Capital Jazz SuperCruise - The Jazz Cruise with Soul. Capital Jazz is the same organization that has been hosting the annual Capital Jazz Fest in Columbia, Maryland for more than 20 years. This was their seventh SuperCruise. It was an 8-day Southern Caribbean cruise aboard the Carnival Freedom. The main draw is all the concerts by award-winning artists in the genres of Smooth Jazz and R&B. These shows were fantastic! This was our first Capital Jazz SuperCruise and we plan to sail with them again. 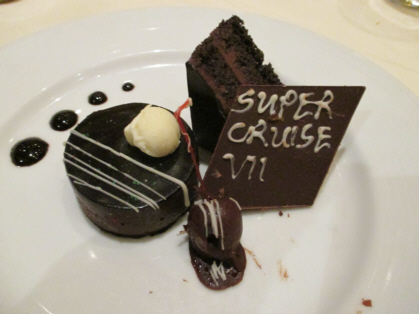 Because of the popularity of the Capital Jazz SuperCruise, we had to book almost a year in advance to get a good cabin. It helps to book before January; otherwise, the price goes up. Our balcony cabin cost $2,200 per person. Special interest cruises such as this almost always cost two or three times more than a general cruise doing the same itinerary. But then again, you are not likely to have the opportunity to attend live concerts of so many award-winning and legendary artists on a general cruise. Here is a list of the performers: 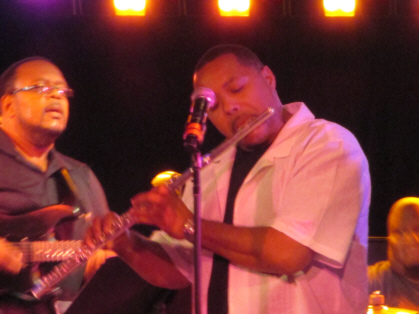 Most of the passengers appeared to be middle-aged. I saw no children or teenagers. I would venture to say I probably saw no one in their 20's. The women out-numbered the men; however, not by as much as on other theme cruises we've done such as the Tom Joyner Fantastic Voyage Cruise or the One Love Gospel Cruise. Most of the passengers we met had done this cruise in previous years. They tend to return every other year.

Around 6 PM each evening, the ship became a gigantic music festival. The concerts took place at different venues such as the 425-seat Aft Lounge, the 1,400-seat Victoriana Main Show Lounge, and the outdoor Pool Deck. There were normally CD and autograph signings immediately following a performance. Most nights included a midnight jam session in which musicians who were performing on the ship would come together to improvise on a variety of tunes. This was quite a treat especially for someone like me who has played music for most of my life. When the artists were not performing, it was not unusual for us to see them relaxing on the ship like the rest of us passengers.

The SuperCruise left from Fort Lauderdale. The ports of call were as follows: 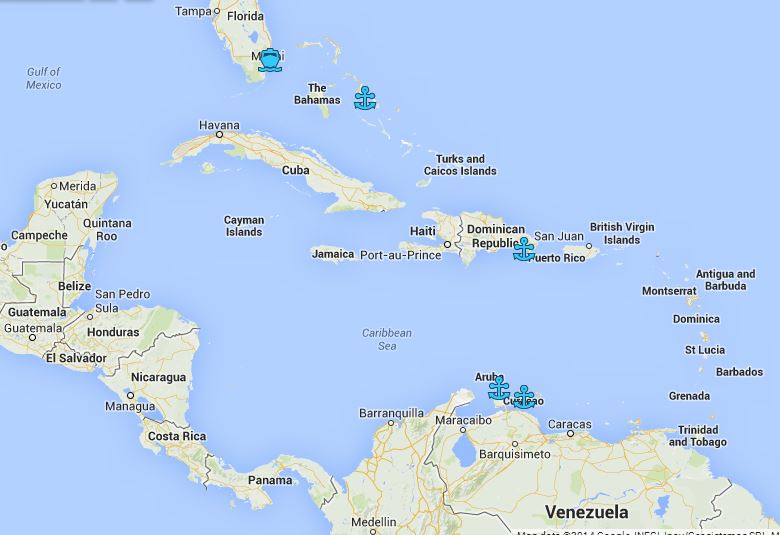 We had 3 sea days (days when the ship does not stop at a port) on this cruise. We kept ourselves occupied with the many activities Capital Jazz offered. There were games such as “Name That Tune”, workshops such as Gerald Veasley’s Bass Boot Camp master class, artist interviews, a comedian workshop, an off-Broadway musical, and much more. There were also ship amenities such as the pool, casino, the spa, and fitness center.

We enjoyed our first Capital Jazz SuperCruise. Here is the journal of my week Continue...