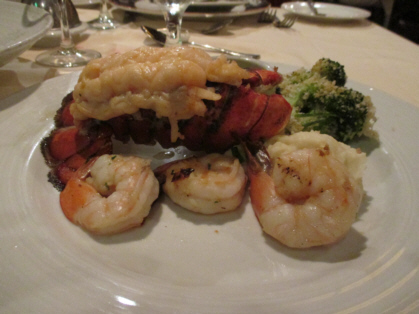 We had two sea days before returning to Fort Lauderdale. There were plenty of activities in which to take part. One of the activities that stood out was the Comedy 101 workshop hosted by comedian Michael Colyar. Passengers were given 5 minutes to perform their comedic material. Michael would provide feedback and coaching. I thought those who performed were very courageous. Less than a handful were actually funny in my opinion but what an opportunity to receive encouragement from a professional.

I also attended the seminar presented by AfricanAncestry.com. They specialize in tracing the DNA of African Americans to determine the group of people on the continent of Africa with whom their DNA is most similar. This seminar was of particular interest to me because I have been wanting to trace my family history via DNA for a long time. Singer Eric Roberson and violinist Ken Ford submitted a DNA sample to AfricanAncestry.com several months before this cruise and agreed to have the results revealed at the seminar. It was an emotional experience.

By this point in the week, I had discovered one of my favorite pool deck eating venues. Besides the pizza station, I loved the Indian Tandoor station. It was a mini buffet of Indian food. I helped myself to some of the meat and rice offerings along with some naan bread and then went to the other side of the pool deck to check out AWB (Average White Band). They were rocking their hits in addition to putting their spin on some timeless classics. 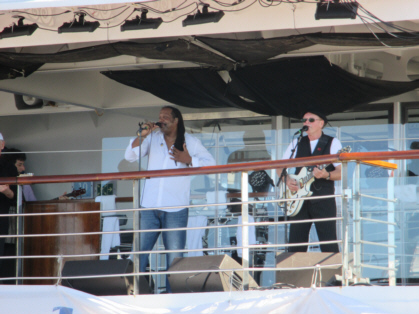 The theme for the evening was The 80's. Traci was decked out in an 80's costume she picked up in Fort Lauderdale before we got on the ship. I did not bring any 80's clothing. 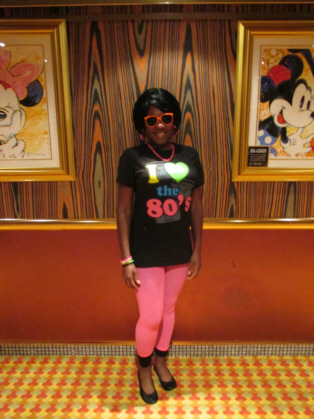 Our first evening concert was the Style Band from the DMV (DC, Maryland, and Virginia). They were a fun party band. The main concert consisted of Phil Perry, Najee, and Alex Bugnon. Once again, no midnight jam session or Underground Lounge for us that night. Continue...