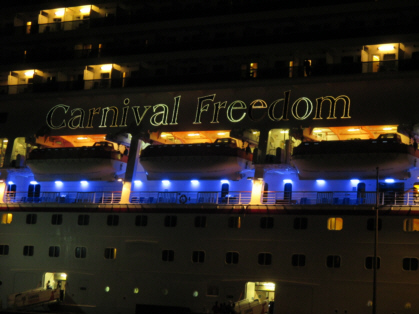 Our final full day of the cruise had arrived. It was a sea day with a multitude of things to do. I checked out the songwriting workshop hosted by Eric Roberson. He gave some pointers on songwriting and then had the audience participate in coming up with lyrics. The topic of the song was more depressing than I wanted to deal with on vacation so I did not stay for the whole workshop.

Traci and I met in the main auditorium that afternoon for the performance of "Sistas: The Musical". The actresses from this off-Broadway production did a very nice job.

Traci and I parted ways again. I went to the Q&A session with keyboardist, Jeff Lorber. I have enjoyed his jazz fusion recordings for many years. I even tried playing his music as part of a jazz fusion combo in college. It was an extreme joy to finally meet him in-person and tell him how much I have enjoyed his work. He had an interesting interview that covered his career and those he has influenced. In addition to being an outstanding musician, he was also responsible for introducing musicians such as saxophonist Kenny G. and R&B vocalist Karyn White.

Traci and I got changed for what we refer to as our "Last Supper". As we left the dining room, I could hear party music coming from the Aft Lounge. We went in and found Rapper's Delight (formerly known as the Sugarhill Gang) tearing up the stage. Everyone was on their feet rocking to music of this legendary group. Traci and I were kicking ourselves because had we paid closer attention to the daily Fun Times publication, we would have known that this show started at 6 PM instead of the regular 7:30 PM. We missed the screening of the Sugarhill Gang backstory and how a legal battle has recently forced them to change their name to Rapper's Delight. When I saw them on stage, I realized I had actually seen Wonder Mike of the group when we were walking around in Aruba two days ago. I did not recognize him at that time. Although we missed most of their show that evening, we at least got a chance to rap along with everyone in the room as the group performed their ground-breaking hit "Rapper's Delight". 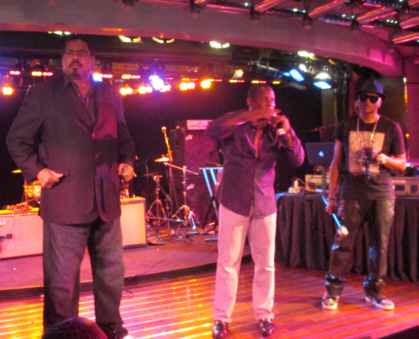 We had some time to kill before the main concert; therefore, Traci and I headed back to the cabin to begin the depressing task of packing for our early morning debarkation. The main concert that evening was Anthony Hamilton. Wow! What a show! This was a tight, high-energy performance. I was tempted to stay for his next show. Anyway, it was a great way to end a week of concerts. 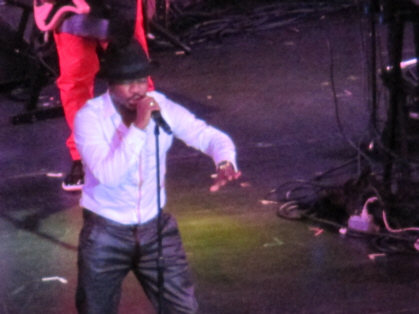 We had a very nice time on the Capital Jazz SuperCruise. It was a week of awesome concerts. The level of talent of the performers is among the best I have heard. The passengers and artists that we met were all very friendly. Capital Jazz is very organized and punctual. Traci and I plan to sail with them again. In fact we've already signed up for SuperCruise VIII. Main Page...