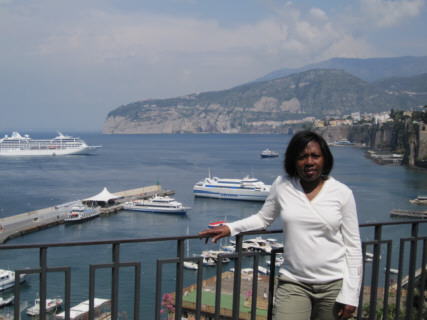 I love the feeling I get when I set foot in a country that has been on my vacation wish list. Sorrento, Italy was our first port of call and my first time visiting Italy. We were scheduled to do the Explorations of Pompeii shore excursion.

We were tendered ashore in Sorrento where we took a complimentary shuttle up a narrow winding road to be transferred to our motor coach for the Pompeii excursion. It was about an hour ride on narrow, twisting mountain roads and through tunnels to get to Pompeii. Our guide provided commentary the whole time. We still were not quite over our jet lag so Traci, Sugar, Audie, and I slept most of the way. However, I do remember our guide pointing out the numerous lemon trees. The lemons grown in this region are the size of cantaloupes!

I was excited about our visit to Pompeii because I remembered reading about it elementary school. The city sits at the foot of the Mount Vesuvius volcano. We were not able to see the summit of the volcano during our visit because it was a hazy day. In 79 AD, Mt. Vesuvius experienced a massive eruption. The people of Pompeii did not have time to escape before their town was buried in 30 feet of volcanic ash. Despite this tragic event, Pompeii is an archaeological gem today because the ash preserved the town just as it existed nearly 2000 years ago. Excavation projects have been occurring since 1748. Only 108 acres of the estimated 163 acres have been unearthed.

After a quick restroom stop, our guide handed each group member a Whisper radio and an ear piece. This allowed us to hear our guide through the ear piece without her having to shout over guides from other tour groups. I thought this method of touring was ingenious.

We spent the next hour following our guide on foot through the ancient city. The old roads were made of slabs of uneven rocks. We always had to be careful not to trip. During our hour-long walk, we entered a 2000-year old house, marveled at an amphitheater, walked through the main forum, and saw many other sites. The 2-story, multi-roomed house seemed rather spacious to me but our guide told us this is one of the smaller houses! As we continued through the town, we came across pots, bowls, and other everyday items of the people who lived there. We also saw the molds of bodies discovered during excavations. One man still had a grimace of agony on his face. One of the more memorable parts of our tour was a walk through a brothel where pornographic paintings were on the walls of the client rooms. 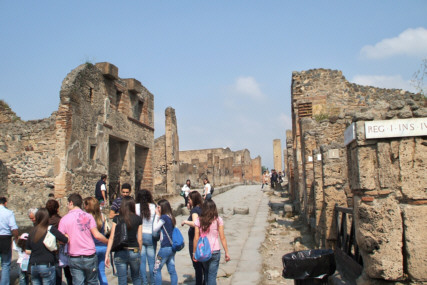 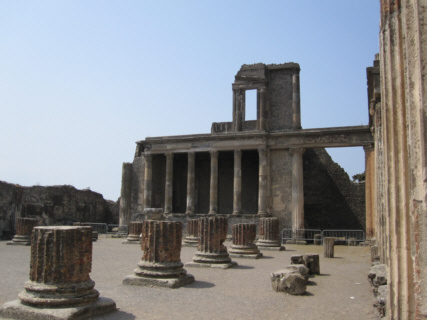 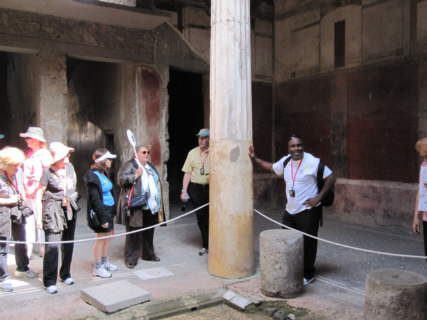 inside a house from 79 AD 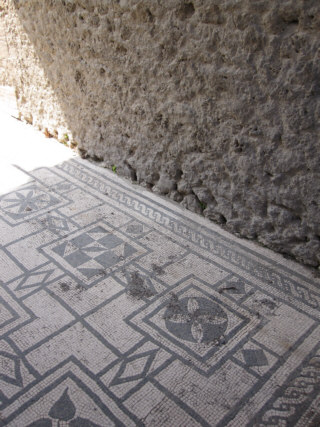 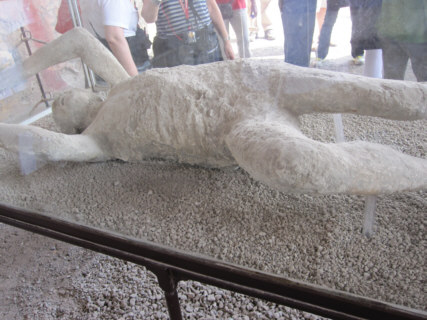 victim of the volcanic eruption 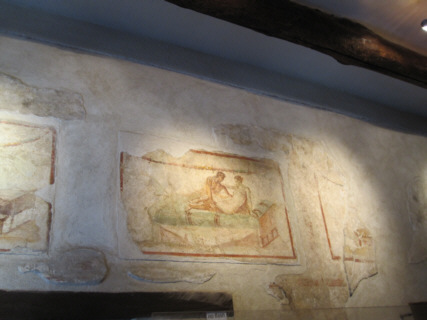 After our ride back to Sorrento, we were given the option to head back to the ship or spend time in Sorrento and return to the ship at our leisure. Sugar and Audie returned to the ship while Traci and I decided to walk around the town for a while. Traci was interested in browsing the many shops on the narrow streets of Sorrento but unfortunately, we were there during the afternoon siesta that lasts from approximately 1 PM - 4 PM. Most of the stores she wanted to see were closed during this time period. This would be the case for most of our ports of call since we normally toured in the morning and were given free time in the afternoon. 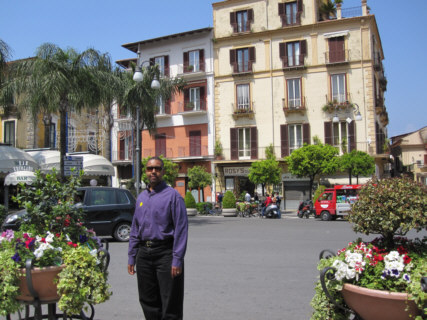 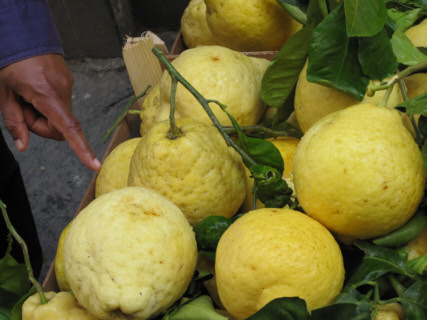 "Wow! Look at the size of those lemons!"

Traci and I eventually walked down long sets of steps to get back to port instead of taking the shuttle or a taxi. Walking steps and hills seemed to be the norm for the ports of call on this cruise. Once again, I was impressed by how Azamara treated their passengers. They were serving water and lemonade as we waited to be tendered back to the ship. I thought this was a nice touch.

As we sailed away from Sorrento, our cruise director made an announcement that we would soon be sailing near the island of Capri. This was one of two times during the cruise that it was suggested that passengers take in a view from the upper deck. Capri is where the Roman emperor Tiberius Caesar Augustus spent ten years while ruling Rome. Our captain circumnavigated the island while the cruise director continued to give us facts and tell us how lucky we were to be this close to the island. I took in the view from our stateroom veranda. 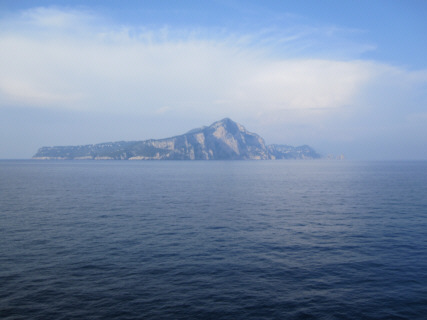