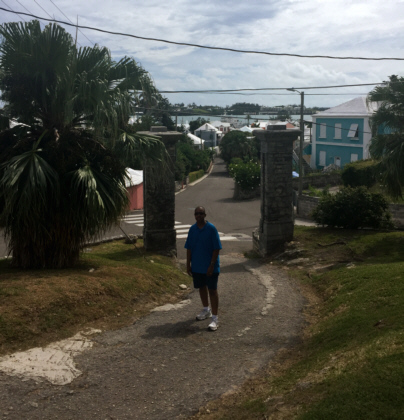 We were docked for three days in the Royal Navy Dockyard of Bermuda. It was like our ship was a huge hotel that had moved in and attached itself to the island. This was the second visit to Bermuda for me and the third for Traci. We first came here on a cruise in 2002. Despite having a good time back then, I did not go with Traci in 2011 when she went with one of her running clubs to run the Bermuda Half Marathon. We had just moved into our new house and I needed the weekend to do house work.

Bermuda is not part of the Caribbean. It is actually located about 700 miles east of the Carolinas. The island is rather isolated in the Atlantic Ocean. It amazes me that anyone was able to find it. Yet it was settled five centuries ago.

Bermuda is a United Kingdom territory. The currency is the Bermudian dollar which is equal in value to the U.S. dollar. There was no need for a currency exchange since most tourist establishments accept U.S. dollars.

Traci and I did not have any plans for this Bermuda visit. We had already toured the island during our first visit in 2002. We are not beach or water sports people. Despite our lack of plans, we had a really nice time. Norwegian provided complimentary ferry service to the town of St. George's. We decided to take advantage of this on our first morning in Bermuda. It was about an hour ferry ride from the Royal Navy Dockyard to St. George's. I napped during most of the trip. Those late night jam sessions were really starting to catch up with me.

The town of St. George's is a historic town which maintains its early British character. In fact, the entire town is a UNESCO World Heritage site. I have already added it to the list of UNESCO Sites I've visited. St. George's is a charming place. There is a central square (King's Square) that even has town crier dressed in colonial attire. Traci and I stopped by the Visitor Information Centre in the square to pick up a brochure. The brochure had a map of historic buildings, landmarks, and points of interest. Traci and I decided to use the map to do our own little walking tour. We followed the map loosely. If we saw something along the way that caught our attention, we digressed. It was a fun way to explore the town. One of my favorite diversions was to a popcorn shop that had some interesting popcorn flavors (jalapeno, tropical punch, dill, curry & coconut,...). We were able to sample them. We ended up buying a bag of jalapeno popcorn. 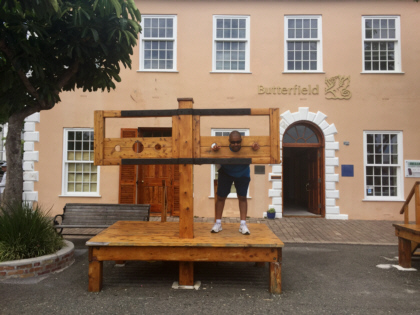 in the square at St. George's 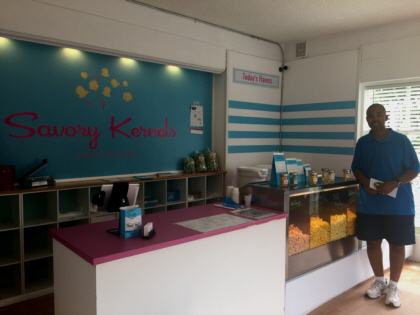 trying some interesting flavors of popcorn

Traci and I enjoyed our stroll through St. George's. My most memorable experience that day was our visit to the State House. What made it so memorable was that it accented the friendliness of the Bermuda people. Everywhere we walked; people greeted us, asked if we needed help, and/or smiled at us. While Traci and I were standing outside the State House, a man greeted us and asked if we wanted to see the interior. It turns out he was the manager of the property. He said the State House was closed for the season but he said he could get the keys and open it for us. How nice. The building was originally built in 1620 and has served as a governor home, Parliament building, a court house, and a storehouse. Today it is a Masonic Lodge used by the No. 200 of the Grand Lodge of Scotland. The interior is maintained as it would have looked 200 years ago. The most amazing thing we saw was a 200-year old bible that was signed by the Queen of England. I was surprised the manager let us leaf through it. This State House visit turned out to be one of those unexpected experiences that keeps me addicted to travel. Traci and I continued strolling the town on this hot and humid day until it was time for us to catch the complimentary ferry back to the Royal Navy Dockyard. 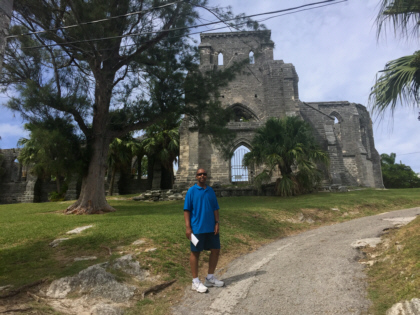 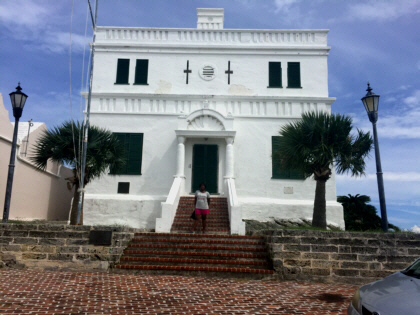 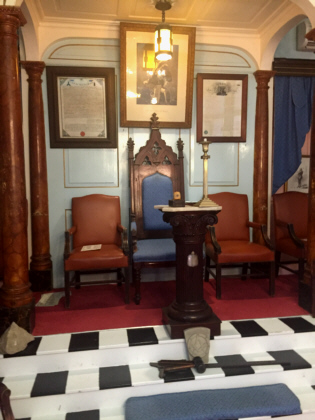 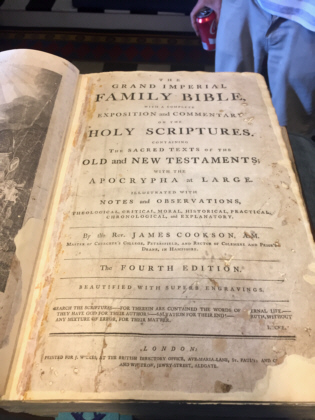 Back at the dockyard, we intended to walk around a little but we only made it as far as the visitor center. It was closed but free Wi-Fi was available. Therefore, we got caught up on email and social media before re-boarding the ship to get ready for dinner and evening concerts.

Hyped up from our visit to St. George's, Traci and I planned to visit Hamilton, Bermuda's capital city, the next day. It was raining when we finished breakfast so we decided to wait in our cabin for the rain to pass before exiting the ship. During that time, I watched an interesting episode of Unsung which presented the career of former Tower of Power frontman Lenny Williams. Well, when I woke up 2 hours later, I noticed Traci was snoozing beside me. She slept for at least an hour after I woke up. She hadn't bothered to wake me because she said the wind and rain had really picked up while I slept. Although it was now sunny, taking the ferry to Hamilton was looking less likely considering it was now afternoon. We did actually get off the ship that day but we did not take the ferry to Hamilton. Instead, we just took advantage of the free Wi-Fi at the dockyard visitor center.

Friday was our final day in Bermuda. Traci woke up early to do a 3-mile run around the dockyard. We ate breakfast on the ship when she returned and then got off the ship to explore the dockyard. The dockyard has tourist shops, restaurants, jewelry shops, and tourisms desks. We did not buy anything. We ended up back outside the visitor center checking email until it was time to get back on the ship. Everyone needed to be onboard by 2 PM for our trip back to New York. We set sail at 4 PM on the dot.

The ocean was much calmer on our way back to New York although the weather was cooler - even chilly at times. For the remainder of the cruise, we partied, went to concerts, and just enjoyed life. I hated for it to end.

Alas, disembarkation morning arrived. We had to be out of our cabins by 9 AM. The boarding process a week ago was smooth. By contrast, the disembarkation process was slow. There did not seem to be enough customs officers in the customs hall to efficiently process each of the nearly 4,000 passengers leaving the ship. Only 6 of the 16 booths were open that morning.

Capital Jazz provided complimentary shuttles to the local airports (JFK, La Guardia, and Newark). Although Traci and I flew to New York via JFK, our flight home was from Newark. Newark is my least favorite airport. Traci and I have just never had a good experience there. The last time we ended up missing our flight because of misleading information. We did not miss our flight this time but we dealt with confusing signs, inaccurate restaurant menus, and inconsistent TSA instructions (Traci was made to empty the ice from her water bottle and then go through the security line again despite being told by a different TSA agent that the ice was okay - frustrating!). Nonetheless, our United flight home was quick and uneventful. I really enjoyed the Capital Jazz Cruise this year. I am so happy they were able to bounce back from the 2016 nightmare. Capital Jazz has announced that they will be sailing on Royal Caribbean (my favorite cruise line) for their next SuperCruise which will take place in January 2019. [Back to the Main Page]