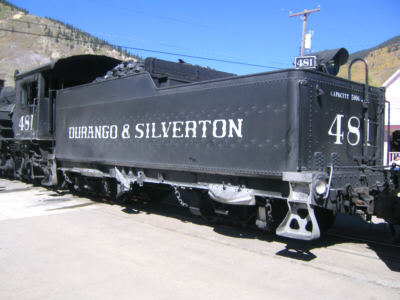 With the shops closing for the day and our stomachs growling, we decided to hit the road to Durango, Colorado. I was anxious to get going because I knew the sun would be going down in a few hours and I did not want to be navigating unfamiliar roads in the dark. We abandoned our restaurant search and decided we'd stop along the way if we saw something that looked good. We ended up not eating dinner that night. Instead, we relied on the chips, nuts, and sweets in Traci's famous snack bag.

I was amazed at how no sooner than we'd turned out of Taos we were in seemingly endless desert landscapes. We made a brief scenic stop after crossing the Rio Grande Gorge Bridge, the second highest bridge (650 ft.) in the National Highway System, and then continued on the two-laned road. The next two hours were quite a lonely drive. There were no houses, buildings, or any other signs of human habitation. We couldn't even get cell phone service. I think I only counted seven cars during the drive and they were all going the opposite direction. I kept wondering... Are we going the right way? What if the car breaks down? 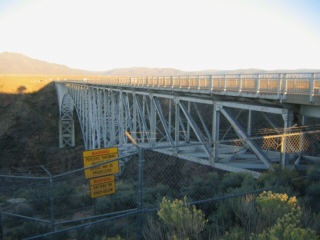 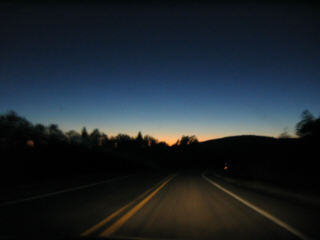 Even while all these thoughts were racing through my head, Traci and I were still in awe of the scenery. We came around a mountain pass and both gasped in amazement as we saw the big pink, orange, and lavender dusk sky as a backdrop to tall, dark mountains. Magnificent!

Soon after, the nighttime sky took over thereby adding to my desire to get to our destination. I'm just glad the rental car was equipped with XM Radio. The Suite 62 station was cranking out slow jams from artists like DeBarge, LTD, and Frankie Beverly & Maze inducing a relative calm as we watched for any signs indicating we were getting closer to our destination.

We were quite relieved to see the city lights of Durango. We found our way to the Quality Inn & Suites, our lodging for the next two nights. As the name implies, we had a suite in this pleasant hotel. Breakfast was included in our stay. Best of all, the rate was very reasonable.

The reason for our stay in Durango was to ride the Durango & Silverton Narrow Gauge Railroad, one of the top ten scenic train rides in the world. We arrived at the station by 8:15 Thursday morning to pick up the tickets I had ordered a few weeks before our trip. I had booked our seats in the traditional coach car. It cost slightly more than the open-air car but I am really glad we paid the extra fare. I don't know how all those people were able to cope with riding in an open-air car in the chilly 45-degree morning air.

The Durango & Silverton Railroad has been in operation since 1882. Its original purpose was to transport silver and gold from the mines of Silverton, Colorado down the tight curves of the mountain passes. Tourism caught on early in the railroad's existence due to the scenic ride. As the mines became less profitable over the years, tourism picked up. In the 1980's, two steam locomotives were restored and returned to service. They continue to provide year-round scenic rides between Durango and Silverton today.

With the crescendoing sounds of the steam whistle and clangs of the bell, our train pulled out of the station at 9 AM sharp. Smoke from the coal-powered engine began billowing into the air. It was quite a spectacle. People were lined up along the tracks waving and pointing. There were cars stopped on streets and overpasses as we moved through the town. People with very expensive-looking cameras on tripods were perched on hills and bridges trying to get the perfect shot of the train. Even the prairie dogs in the fields seemed to come out of their holes and stand on their hind legs to catch a glimpse of this historic machinery.

As our journey continued into the San Juan Mountains the temperature rose to a comfortable level for us to open the windows of our coach. This allowed us to take in the full experience of the ride. The car squeaked as it rocked side to side. The wheels clattered and squealed. We could smell the smoke from the locomotive as it chugged its way up the mountains. Looking of out the window revealed forests with rushing streams and rivers. We traveled around steep, breath-taking cliffs. 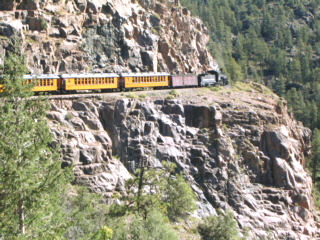 chuggin' up the mountain 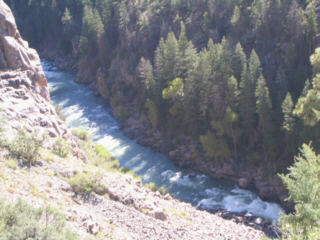 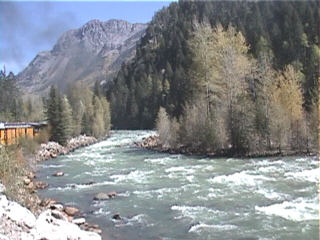 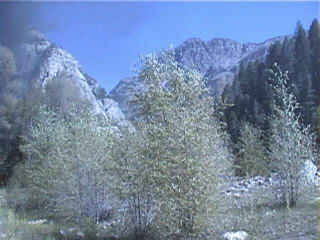 About 3.5 hours after leaving Durango, our train pulled into the station in Silverton which is nestled between the tall, picturesque San Juan Mountains. Traci and I exited the train and walked to the front to take a picture of the locomotive. I had to pause from the fascination of hearing this thing hiss and pop as it sat there on the tracks.

Silverton looks like an old west town with saloons, general stores, and dirt roads. This place is all about the tourist dollar today. Traci and I hit the souvenir shops. Right off the bat, Traci found the jewelry set she was looking for, but, she didn't buy it right away because she hadn't been in the rest of the shops yet. Many of the shopkeepers were reducing the prices because it was almost the end of the major tourist season. They'd be closing in less than a month. Less than 300 people live in Silverton year-round due to the 200-inch per winter snowfall the town sees. 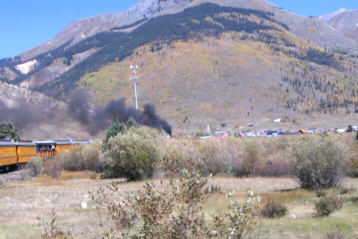 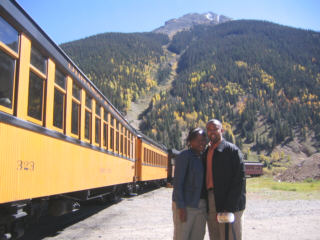 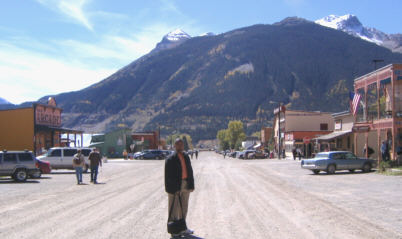 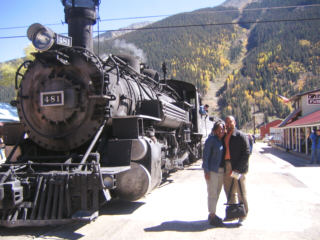 Other than the souvenir shops, bars, and restaurants, there isn't much to see in Silverton. The town pretty much clears out at 2:45 PM when everyone must be onboard for the return trip to Durango. I had purchased tickets for the bus return trip option instead of the train. We did this just for variety.

Traci decided to buy the jewelry she saw at the first store but we were running out of time. While she was headed to the store to make her purchase, I figured I'd better stall the bus driver so that we wouldn't get left behind. The friendly bus driver didn't mind at all. He was a joy to talk to while we waited for Traci and others.

The 1.5-hour bus ride back to Durango was absolutely captivating. It gave a different perspective than the train ride. The bus climbed to an altitude of more than 10,000 feet before descending the winding mountain roads. The fall colors were already showing. Some of the taller mountains already had snow at their summits. This contrast was postcard-worthy. Continue...