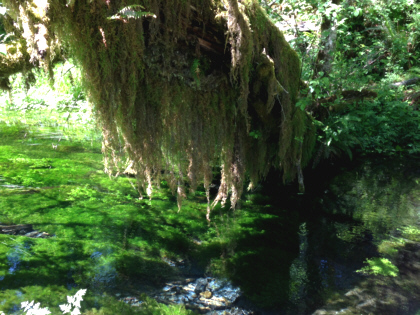 Tuesday was another long day of driving. Our destination was the Hoh Rainforest in Olympic National Park on the western peninsula of Washington. It was a 3.5-hour drive from our hotel in Chehalis. We traveled mainly on Highway 101 through the remote region. Our mobile phone signal and the car's satellite radio signal were intermittent. Very tall trees lined the road. It was not hard to understand how Washington got the nickname of "The Evergreen State". Just about every tree we saw was an evergreen (spruce, cedar, sitka, pine, etc.). These type of trees do not have leaves to shed. They have needles and thus they stay green year round. As we rode along, we occasionally got a glimpse between the trees to our west of the powerful waves of the Pacific Ocean.

We eventually made it to the entrance of Olympic National Park where we paid the $15/vehicle entrance fee. We still had 6 miles to drive along a winding road through the forest to get to the Hoh Rainforest Visitor Center.

When I think of a rainforest, the Pacific Northwest normally does not come to mind. Obviously the Hoh is not a tropical rainforest. Instead, it is a temperate rainforest meaning it generally has cooler temperatures than a tropical rainforest. The area gets about 12 feet of precipitation per year. Traci and I came prepared for rain but what I did not know at the time is that June is one of the dry months of the Pacific Northwest. We did not encounter any significant rain during our time in Washington. Nonetheless, I continued to be amazed by the diversity of state's ecosystems. The previous day we were in a desert. Today we are in a rainforest.

Traci and I chose to walk the popular Hall of Mosses Trail. The trail is an easy 0.8-mile loop. However, we needed to stay alert. There were signs posted warning visitors to use caution and common sense due to recent bear and aggressive elk encounters. Fortunately, the only wildlife we saw was a squirrel. Well, I was really hoping to see an elk (from a distance).

The Hall of Mosses Trail gets its name from the moss that grows on everything in the forest. Most of the moss we saw was yellowish-brown instead of the green I had envisioned. What was more impressive to me than the moss was the size of the trees. Some were as tall as 300 feet! 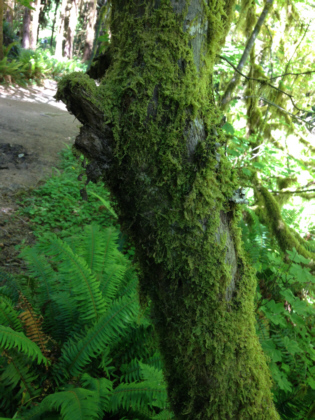 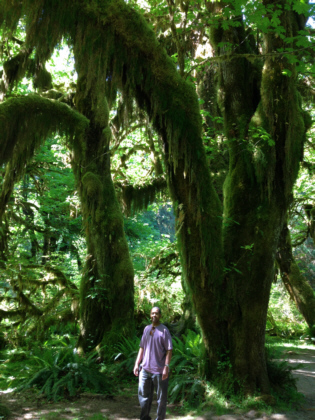 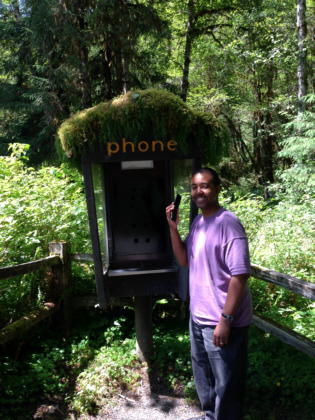 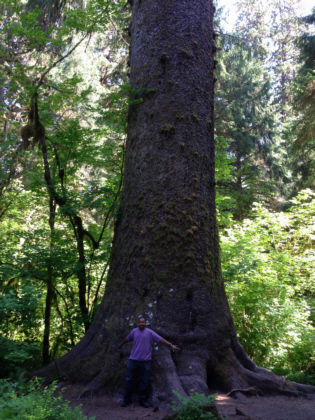 We left the park after our short walk on the trail. During our drive back on US-101 we made a stop at Ruby Beach to have a look around. It is not a sandy beach. It is full of stones and drift wood. The waves were very powerful. Even though I have done it before, I felt like I just had to touch the Pacific Ocean. Therefore, I timed the waves so that I could stick my finger in the water without getting my shoes wet. 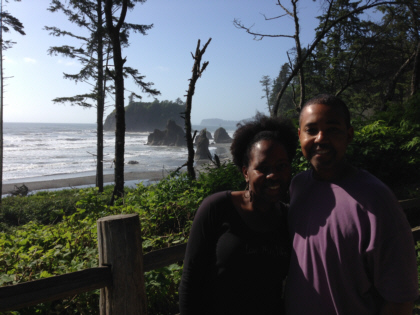 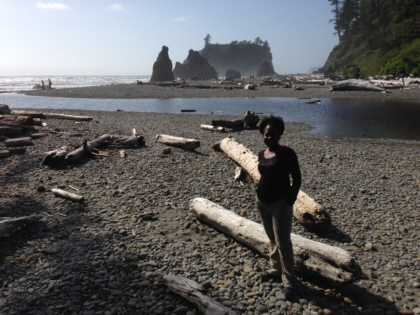 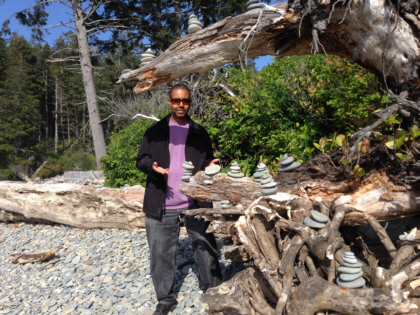 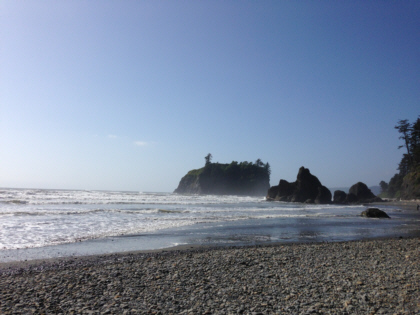 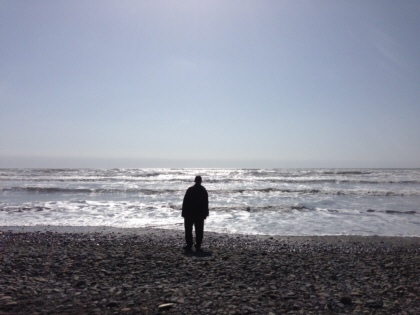 By the time we made it back to Chehalis, Traci and I were ready for dinner. We agreed that we would not eat at familiar chain restaurants on this vacation. We chose to dine at the Country Cousins Restaurant in Centralia, Washington. It reminded me of a cross between a diner and a Cracker Barrel restaurant. It even had a small country store. While the menu looked good, sadly, the food was only so-so at most. Traci liked her chicken breast but picked over the rest of her food. In fact, she had me stop at McDonalds on the way back to the hotel to get some fries. This just wasn't her night. We had to take the fries back because they were cold. Instead, she settled for some fruit she had in our hotel room and called it a night. Continue...