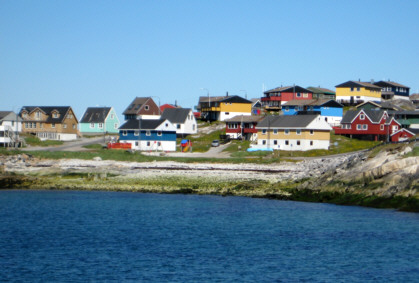 My dream of visiting Greenland became reality when our plane touched down in Nuuk. I loved touring this colorful capital and walking its streets.

We were groggy when we arrived in Iceland at 6:30 AM (2:30 AM EST) after our 6-hour flight from New York JFK. We had a 3-hour layover before our flight to Greenland departed, so we grabbed some breakfast and found a bench where Traci took a nap and I read some of the magazines and books I brought with me.

Iceland was pretty much the same as I remembered it when we last visited in 2003. The weather was chilly, windy, and rainy as we walked across the tarmac to board the IcelandAir Dash-7 prop plane. It seats about 50 passengers. There were about 30 children from all over the world and a handful of adult chaperones onboard who were participating in a month-long summer camp program in Greenland.

It was a 3-hour flight between Keflavik, Iceland and Nuuk, Greenland. As I gazed out of the window, I saw nothing but white. I assumed I was looking at clouds since the weather was so crappy when we left Iceland. However, as we were making our descent on Nuuk, I realized I had not been looking at clouds our entire flight. I had been looking at Greenland's massive ice cap that covers 80% of the island.

Now that we were no longer over the ice cap, I could see brown snow-capped, rocky mountains and dark blue bodies of water. Descending lower still, I began to see the brightly colored buildings clustered on a stretch of brown-grey land almost as if someone had spilled a box of Skittles. The buildings were red, yellow, blue, green, purple, and other colors.

Eventually, the pilot landed the plane with precision and brought us to a smooth stop. This was a good thing since the runway in Nuuk ends at a cliff. A tour guide would later explain that there are just not enough flat places in Greenland to make a long runway. 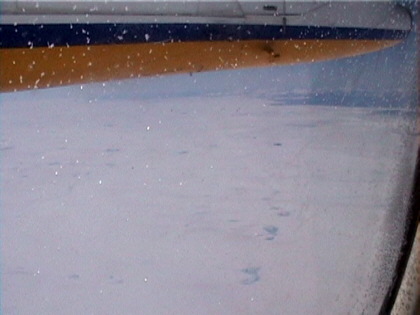 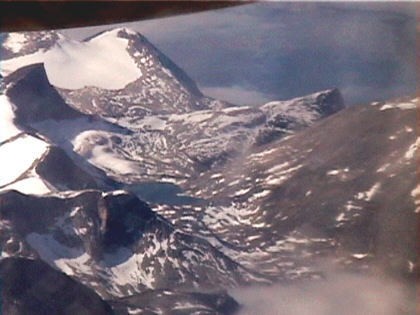 Excitement was building as I was moving towards the airplane exit because I was finally going to set foot in Greenland. One of the passengers in front of me actually knelt down and kissed the ground when he stepped onto the tarmac. I wasn't going to go to that extent but I was definitely happy to be there. 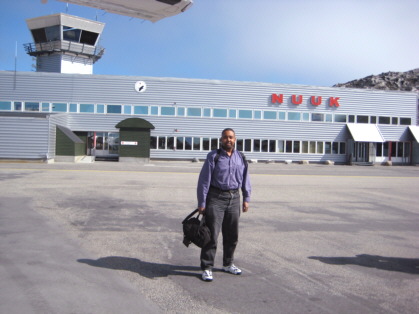 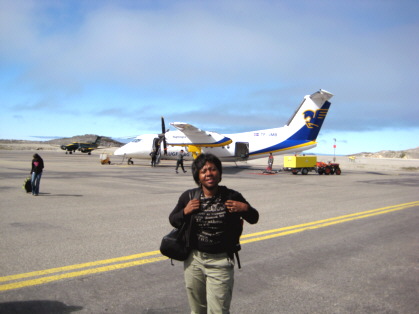 "Mike, this had better be a good vacation."

The Nuuk airport is very small. There were no visible customs officers or security checkpoints. There wasn't even anyone to stamp our passports. We just picked up our luggage and headed towards the young Greenlandic man who was holding a sign with our names written on it. His name was Peter. I had read that the official languages of Greenland are Greenlandic and Danish and that English is not too widely spoken. Therefore, I was surprised when I found out Peter could speak English fluently. He told us that all students in Greenland are required to learn Greenlandic, Danish, and English. I was envious of Peter as he took calls on his mobile phone in Greenlandic and Danish and then conversed with us effortlessly in English.

During the ride to our hotel, Peter told us about the island and himself. Traci and I only had 24 hours in Nuuk before we'd catch a plane to our next town. Knowing this, we told Peter we were interested in doing a city tour as soon as possible. He said we had already missed the 11 AM tour and there were no more scheduled for the day, but he said he'd make a few phone calls to set something up for us. By the time we arrived at our hotel, he told us that someone from his company, Nuuk Tourism, would come by in an hour and a half to take us on the tour.

Our accommodation for the Nuuk leg of our trip was the Hotel Hans Egede. We had a nice, modern room that faced the busy street. It was a double but instead of one bed it had two twin beds. We needed to insert our key into a slot near the entrance of the room to turn on the electricity. Doing this prevents wasting energy while not occupying the room. On the other hand, you run the risk of locking the key in the room if you forget to remove it from the slot when you exit.

There was a flat screen television mounted on the wall. It contained several English-speaking cable channels and a few Danish channels among others. Traci and I have traveled outside the U.S. enough times to realize that other countries tend to be less restrictive when it comes to nudity and sex on TV. However, Greenland has taken this to another level. Among the free channel line-up containing channels like CNN, Discovery, and the Cartoon Network, there is a pornography channel! Continue... 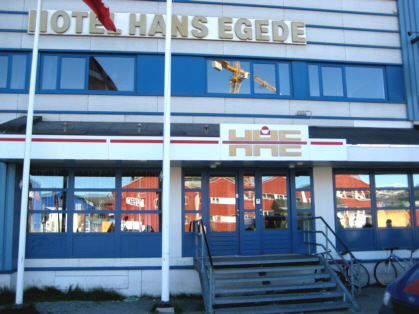 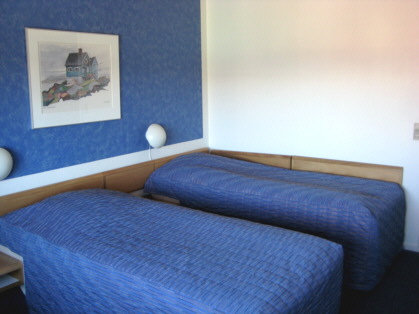 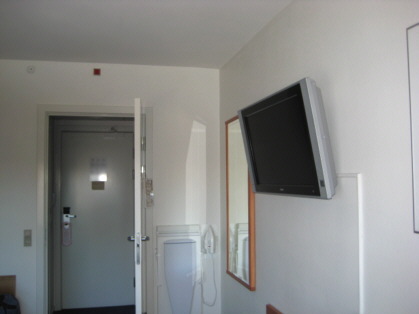 another view of the room 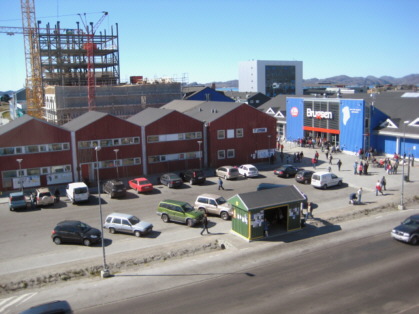 view from our window