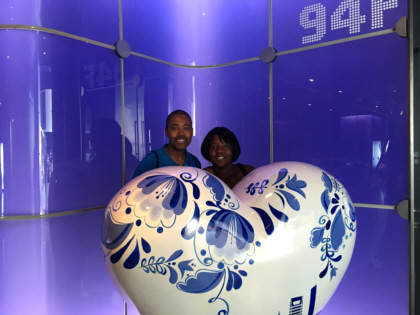 Our 90-minute China Eastern Airlines flight from Yichang to Shanghai departed at 7:30 PM. The cool thing about the Chinese domestic flights is that they serve hot meals even on short flights like this one. During the short flight between Xi’an and Chongqing a few days earlier, Traci did not even get a chance to eat her meal on the plane. These meals were normally some type of chicken and rice. They also gave a complimentary bottle of water but no sodas.

It was close to 9 PM when our plane was making its approach to Shanghai. The city lights seemed to sprawl endlessly below us with a curvy river dividing the scene. There were several buildings whose height put them in a league of their own.

Like our other flight arrivals during this trip, our group was met at the airport by a local guide who led us to an awaiting motorcoach. Our guide for our time in Shanghai was a young lady with a trendy hair style and fashionable clothing. She had a cheerful, fun-loving attitude and was very good at her job.

This leg of the trip was different from the others because for one, we were arriving at night and two; our city tour was not due to take place until our second morning in Shanghai. This meant the following day was a leisure day for us to explore the city on our own. Knowing this, our guide was sure to make suggestions on how we could spend our free day. Some of our group members had contacted a Shanghai bicycle tours company online before our arrival and wanted to know if anyone else wanted to join the tour. I wimped out on this. If Shanghai traffic was like what we saw in the other Chinese cities, I just could not imagine Traci and me riding a bicycle safely in all that. It was dangerous enough trying to cross a street on foot in those cities. We declined the invitation to join the bicycle tour.

Our accommodations in Shanghai were luxurious just like the rest of the hotels in which we stayed on this trip. We were staying at the Portman Ritz Carlton this time. We had a spacious room on the 24th floor (Room 2402). The hotel is located in a high-end shopping district. There were eating and shopping conveniences all around us. There was even an underground grocery store in the hotel complex. Traci and I visited it at least once per day to get snacks. Continue... 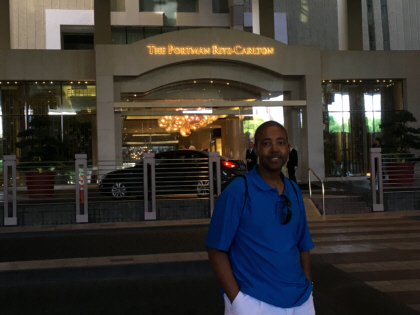 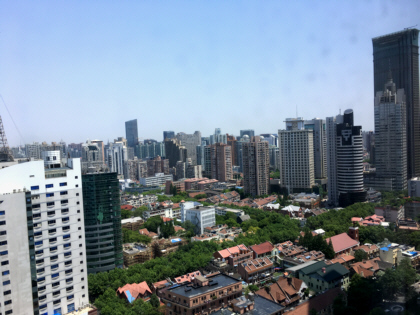 view from our room on the 24th floor 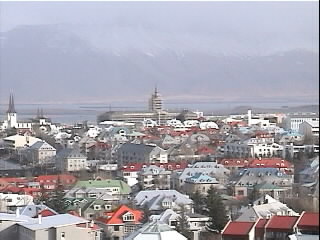